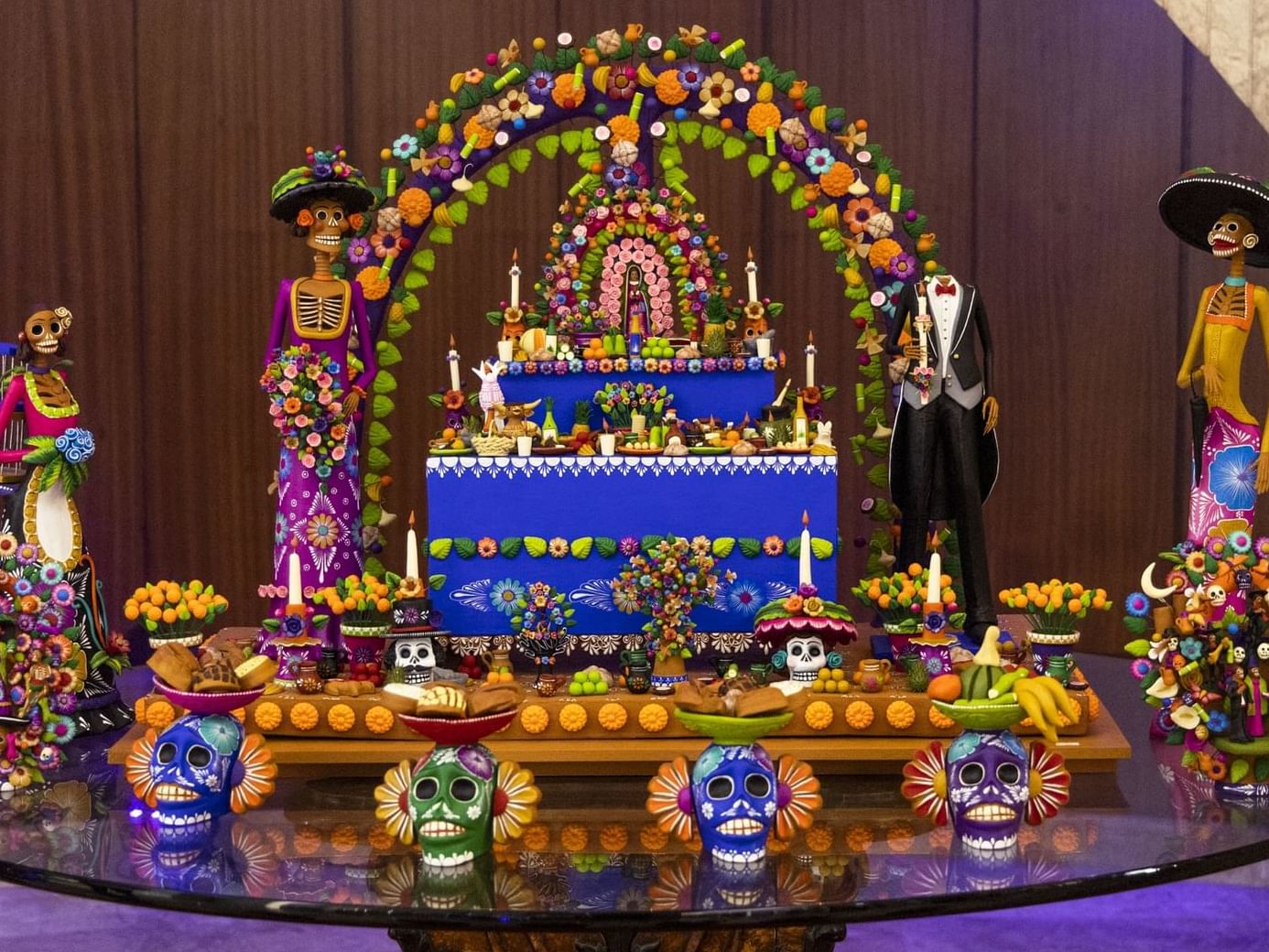 The Ofrendas of the Day of the Dead

The Day of the Dead is one of the most emblematic celebrations in Mexico, and the ofrendas represent the relationship of Mexicans with death.

A pre-Hispanic tradition is full of colors and flavors; the Day of the Dead is a tradition that commemorates our loved ones who have left us. This celebration has been cataloged as Cultural Heritage of Humanity by UNESCO and continues to be a source of pride for Mexicans. The ofrendas are offering altars full of symbolisms that exemplify the relationship of Mexicans with death: one of joy and hope that there is an afterlife where our beloved departed are waiting for us.

TRADITIONS OF OUR ANCESTORS

Setting up an ofrenda during the Day of the Dead is a tradition originating from pre-Columbian times, especially Aztec culture. They celebrated their dead at the end of the harvest, between September and November, to help them reach the Mictlan, the dead's place. The deceased had to pay tribute to Mictlantecuhtli, god of the underworld, with the offerings their family had buried along: jewels, corn, and other foods. The offerings that the Mexica placed for their dead were added to the altars to reach Mictlan successfully. Slowly, elements from each rural area were added, such as the marigold flower and copal.

Upon the arrival of the Spanish evangelists, this tradition merged with All Saints' Day. By combining the ofrendas with the Spanish festivity, altars with candles and desserts in the shape of bones began to be placed, which resulted in the famous pan de muerto and sugar skulls. People substituted the embroidered tablecloths with the more accessible papel picado, a decorative craft that cut elaborate designs into sheets of tissue paper. Today, an ofrenda includes the deceased's favorite foods and beverages to honor their life, as well as some of their items and, of course, decorative materials to commemorate them.

To honor our deceased during this season, Marquis Reforma Mexico City presents its traditional ofrenda, comprising stunning pieces by Mexican Artisans. Artisan Oscar Soteno, world-renowned for his Trees of Life, heads the collection that will color the most emblematic areas of the hotel with this ofrenda, which highlights the calacas and catrinas portraying the customs and joy of the Mexican people.

Oscar Soteno is the son of the renowned potter Alfonso Soteno and grandson of Modesta Fernandez. He has been recognized as Grand Master of Mexican Folk Art by Fomento Cultural Banamex. The Soteno family stands out for their work in clay in the Magic Town of Metepec. Their works are part of the collection of the British Museum in London, the Museum of Anthropology and History, and the Museum of Popular Art in Mexico.

For Mexicans, making an ofrenda is reaching our dead to dialogue with their memory. The offering is the reunion with a ritual that summons memory. -C.C.